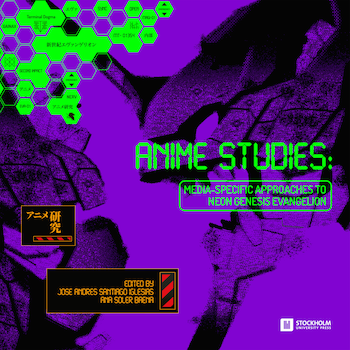 Part of the Stockholm Studies in Media Arts Japan series.

First broadcast in Japan in 1995-96, Neon Genesis Evangelion became an epoch-making anime, and later franchise. The initial series used already available conventions, visual resources and narrative tropes typical of anime in general and the mecha (or giant-robot) genre in particular, but at the same time it subverted and reinterpreted them in a highly innovative and as such standard-setting way.

Investigating anime through Neon Genesis Evangelion this volume takes a broadly understood media-aesthetic and media-cultural perspective, which pertains to medium in the narrow sense of technology, techniques, materials, and semiotics, but also mediality and mediations related to practices and institutions of production, circulation, and consumption. In no way intended to be exhaustive, this volume attests to the emergence of anime studies as a field in its own right, including but not prioritizing expertise in film studies and Japanese studies, and with due regard to the most widely shared critical publications in Japanese and English language. Thus, the volume provides an introduction to studies of anime, a field that necessarily interrelates media-specific and transmedial aspects.

In Anime Studies: Media-Specific Approaches to Neon Genesis Evangelion, anime is addressed from a transnational and transdisciplinary stance. The disciplinary and methodological perspectives taken by the individual chapters range from audio-visual culture, narratology, performance and genre theory to fandom studies and gender studies. In its first part, the book focuses on textual analysis and media form in the narrow sense with regard to filmic media, bank footage, voice acting and musical score, and then it broadens the scope to consider subcultural discourse, franchising, manga and video game adaptations, as well as critical and affective user engagement.

These are words or phrases in the text that have been automatically identified by the Named Entity Recognition and Disambiguation service, which provides Wikipedia (

) links for these entities.

How to cite this book

This is an Open Access book distributed under the terms of the Creative Commons Attribution 4.0 license (unless stated otherwise), which permits unrestricted use, distribution and reproduction in any medium, provided the original work is properly cited. Copyright is retained by the author(s).